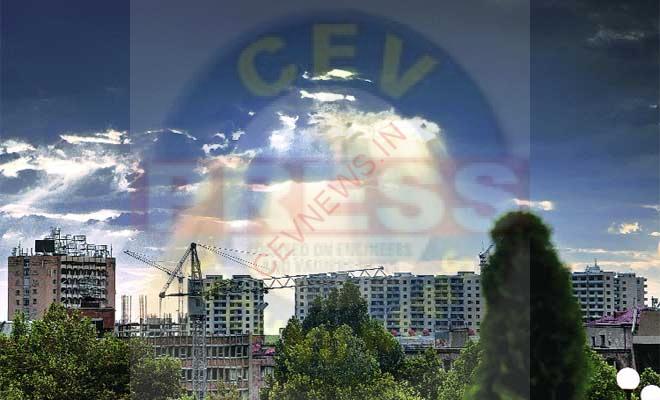 The real estate regulatory bill,which the UPA-II government has touted as a significant reform measure is currently being examined by a Parliamentary standing committee. Even as that process is under way,Arun Kumar Mishra,secretary,ministry of housing and urban poverty alleviation,in a conversation with Sandeep Singh is hopeful that the much awaited regulator for the real estate sector will be a reality sometime next year,and it would take a lot of effort on the part of state government to achieve the objectives envisaged in the legislation.

The real estate industry and more so the consumers are keenly awaiting the real estate regulator. The last that we heard was that it is being examined by a Parliamentary standing committee. What is the progress so far?

The matter was referred to the standing committee in the last session of Parliament ,and the committee has already had several sittings . They have raised some clarifications to which we have responded. While they have not lost any time on that,the next date for hearing has been fixed as December 6,and looking at the way they have been on it,I dont think that things will be delayed. Once we get the report of the committee,we will have to go back to the Cabinet for the required amendments or changes and after that we will take it to the Parliament.

So,do you think that it should be a reality sometime next year?

I am quite hopeful that it should happen in the next year.

Do you think it will be a major step forward in making the real estate sector better regulated and also for the common man?

We have received very positive comments on the bill. It will bring in lot of transparency and accountability to the sector. While consumers will benefit,in the long-run good developers will also benefit. We are already seeing the impact of that as several associations are voluntarily coming up with self disclosure norms,consumers have started demanding certain facilities as their rights. So even in the course of its preparation,the bill is already changing the system and there are states that have become very active and are coming up with more progressive legislations. I personally feel it is going to be a good beginning for a great change.

Has the bill got adequate teeth to safeguard the consumer,or you think it will evolve with time?

It is a very good starting point but it will be an evolving process. I think that if the states supplement the effort then it will be a tremendous thing. The bill also provides for promotional activity by the state government  for instance,simplification of procedures that precede the launch of the project but do impact the ultimate price. I think all these processes can be improved and so efforts taken by state governments will address most of the issues of the consumer. Also it provides the consumers with a forum where they can approach. I also feel that intermediary bodies such as development authorities,municipalities,certifying licensing bodies will also have to be brought into self-discipline. That is very important and I hope that it is something that the regulator will actively promote.

The Maharashtra chief minister has written to your ministry regarding the Maharashtra Housing Regulator Bill. What is the current status?

The normal practice is that we write to the home ministry for a Presidential assent. We have already given our comments on the bill to the home ministry and when I last spoke to the secretary of the Maharashtra government,he said that they have received the comments and that they are examining and will comment on it. There are some differences in what has been proposed in the bill and what we have proposed in our Real Estate Bill,so we have requested the state government to examine it in light of the new Central legislation which is being proposed. I hope that since they are already examining the bill,they should be able to reconcile the differences and send it to us.

How do you see the real estate sector growing from here,once the regulatory bill is enacted?

The real estate sector will have to grow primarily because India has a housing shortage in all categories and therefore will have to play an important role over the next couple of decades at least. All our efforts should be to see that the sector grows,and grows healthily. With a fairly large middle class base with decent income levels that does not want to wait until retirement to move into their own home,I see,there will be good demand too.

How critical is the role of the government and regulations in the development of saleable land,building infrastructure around the land and pushing demand?

In the last decade,most of the development in the sector has been driven by private sector. From the government side,the incentives given have been under priority sector loaning thereby making more money available to the sector. Income tax rebate was given and FDI has been allowed. For the lower segment we had programmes such as JNNURM by which we gave some capital subsidy. Most of the states tried to make land available wherever it was to the real estate sector but the fact is that land is not available even with the state government and municipalities and so it has to be mobilised by developers,which they are doing.

The only intervention that government can do is to allow more optimal use of the available land by allowing higher FSI (floor space index),allowing them TDR (transfer of development rights facility,so that the gains can be maximised in the same parcel of land. That is one thing that will continue. As far as land acquisition is concerned,for affordable housing,the Land Acquisition Act is already very clear that it can be considered for such purposes but for non-affordable,it has to follow normal way of negotiation by the developers.

Do you see infrastructure development as a major constraint?

I think that the municipalities must strengthen their revenue base as they cannot possibly be supported with subsidies and grants all the time. So the municipalities strengthen,improve their tax collections and then they will also have to provide for better infrastructure.

Do you think affordable housing is a reality with prices ruling so high across major markets?

We treat affordable housing in two clearly distinct groups. First is housing for the poor (anyone with less than Rs 2 lakh annual income). We need to give them tariff subsidy support,which can be through capital subsidy or interest subsidy when loan is provided. Developers have shown a lot of interest in these areas in several states such as Rajasthan,Maharashtra,Karnataka,Andhra Pradesh. The other part is support of affordable housing to lower middle income group and that has to be driven by the housing boards and private players and there the cost reduction can be affected by a couple of things  allow them better utilisation of land,access to land and access to easy and cheaper financing (through banking sector,FDI or ECB). So all these things can be put together.

It is tough to provide affordable housing in Delhi or Mumbai but outside of these places there is lot of scope. Population density is high,land prices are high and demand is very high. In pockets of Delhi and Mumbai the prices are phenomenally high. But outside these,there are places where houses are available are reasonable prices including cities like Jaipur,Hyderabad,Bangalore etc. I think affordable housing is not just going to be a slogan but a reality.